The Best Sustainable Cities Around The World 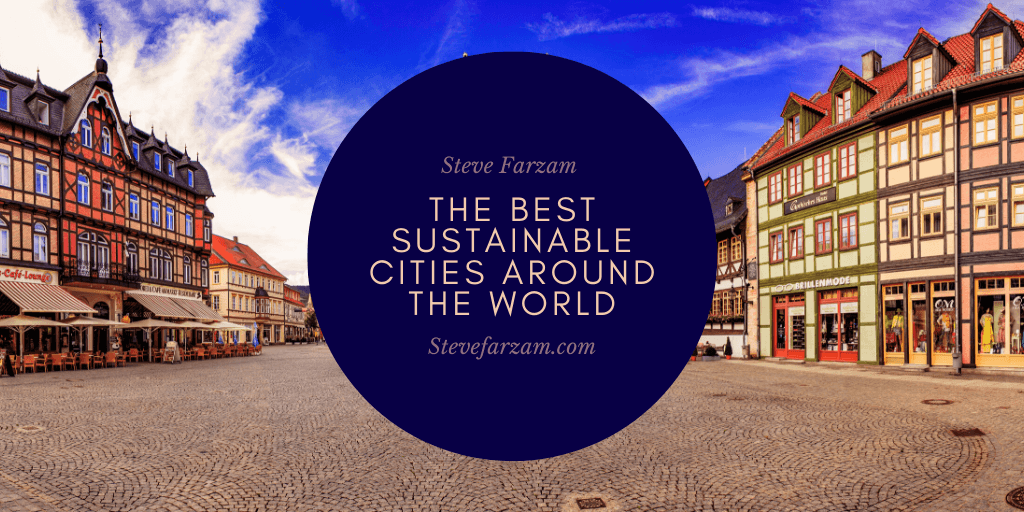 Most people in the world live in cities, but they are not all equally sustainable.

When we discuss sustainability, we’re talking about environmental, financial, and social factors that make a city more stable and lead to more greener, happier cities. These factors include public transportation, opportunities, energy use, emissions, pollution, and economic performance.

So, when evaluated with all of these considerations in mind, what are the world’s greenest cities?

Frankfurt, Germany: Frankfurt is the fifth-largest city in Germany, a country with many sustainable cities. One of the things that makes Frankfurt stand out is its metropolitan forest. This city forest has approximately 5000 hectares. The city has managed to balance out the growing demands for economic growth and environmental standards. They have installed many charging stations for electric vehicles, have worked to minimize water waste, and have bicycle-friendly roadways.

Singapore: Singapore is the second-most densely populated city in the entire world. This city has heavy economic demands for business and transport. These factors may lead other cities to problems with their environment, but Singapore has dedicated nearly 30% of its territory to green areas. With a healthy economy and a careful eye on environmental factors, this city is one of the most sustainable around

São Paulo, Brazil: São Paulo has its eye on a sustainable urban future. This city is bustling and has big needs, but it is also one of the most significant users of renewable energy. They have big green areas and are known for regularly holding global and local conferences where leaders discuss strategies for greener cities the world over.

Amsterdam, Netherlands: This beautiful city is famous for biking. The residents here ride their bicycles everywhere. Their public transportation system also includes fun touches like boats around the city’s waterways.

Oslo, Norway: Oslo won the title of European Green Capital in 2019. This city is surrounded by the Marka Forest, a heavily protected land. There are waterways around the city, and Oslo has many restrictions to keep the pollution levels low. The Oslo airport is one of the greenest airports in the world. Their new terminal building collects snow during the cold winter months and stores it to be used to cool the building in the summer.

In recent decades, Oslo has undergone a lot of construction, with an eye on the future for sustainability. City officials have encouraged the closing of car parks. They continue to move city planning toward bicycle paths and public transportation, with an eye on car-free living in their city as a natural and acceptable choice.