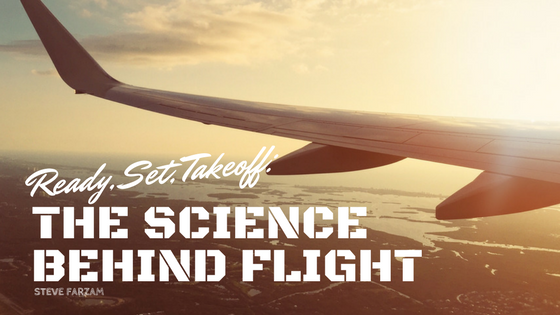 Having the ability to fly anywhere on the planet that we choose and arrive at our destination in a matter of hours is an incredible feat that humans have mastered. Easily one of the greatest inventions of all time, the once-thought crazy idea of flying has opened a new world of discovery for people all over the world. But how do these powerful machines work?

What Makes a Plane Fly?

While many think that planes fly simply because they have engines, that actually isn’t the reason sole planes take flight. The engine allows the plane to move forward at a high speed, but it must work with the wings to lift the plane upward. The engine encourages air flow to move quickly over the wings, throwing the air down towards the ground. This, in turn, generates an upward force, or lift, that surpasses the plane’s weight and keeps it in the sky. The wings are able to create lift by changing direction and the pressure of the air.

How Do the Wings Work?

The key to flight is through the wings—but how? Most airplane wings have what is called an airfoil: a curved upper surface and a flat lower surface that creates a cross-sectional shape. A curved airfoil wing will generate lift by deflecting air above and below the wing, while simultaneously altering the air pressure.

How Do Planes Steer?

A car and a plan both have a steering wheel, but that’s the only thing both machines have in common. Planes move up and down, are steered side-to-side and stopped using a series of flaps called control surfaces. To steer a plane, you must make the air flow in a different way past the wings on each side. To do this, the plane needs to “lean” into the curve. This involves banking, meaning the plane tilts to one side and one of the wings dips lower than the other. Most of the lift is still moving upward, but some if it will tilt to one side with the wind, allowing the plane to steer in a circle.

Some Other Important Parts

The engine, wings, steering wheel, and the accompanying controls are incredibly important components of a plane, yet they require some other key features. Fuel tanks are a necessity to safely pack fuel inside the plane’s wings. The wheels and tires that are needed for takeoff and landing are retracted into the undercarriage by hydraulic rams when they’re in the sky to reduce air resistance. Additionally, the radio and radar are crucial for navigation and pressurized air cabins allow passengers to breathe properly as air pressure falls.