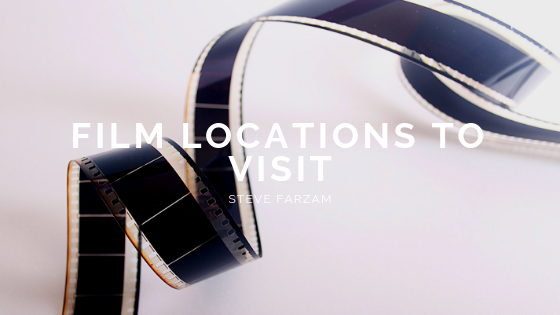 Gone are the days when films were only shot in Los Angeles and New York City. In today’s world, there is a constant demand for entertainment. That demand is being met in over 40 of the 50 states in America. Here are some of the best film locations to visit.

About as far from Hollywood as one can get, Wilmington, NC has been the filming site for well-known movies. Since Frank Cappa Jr filmed a movie there in 1983, it has become known as Hollywood East. As a result, several hundred TV shows and movies have now been filmed there. Over 11% of Wilmington’s cash flow comes from the filming industry. Movies and TV shows that have contributed to it include Weekend at Bernies and Dawson’s Creek.

Savannah, Georgia is another location that the film industry loves. Its beautiful scenery makes it a hot commodity. Over 80 TV shows and movies were shot in Savannah. This includes Forrest Gump and Midnight In The Garden of Good and Evil. Tours are often giving of the latter’s many filming sites throughout the city. For many visitors, the highlight of those tours is seeing the Bonaventure Cemetery.

Not to be outdone, Boston, Massachusetts is also a friend to the film industry. Famous TV shows such as Cheers and Ally McBeal were filmed there. It has also hosted hundreds of movie sets for everything from The Thomas Crown Affair to Good Will Hunting. Movie tours are often held in Boston. One is the Theater on Wheels, a tour that lasts 2-1/2 hours and takes guests to a handful of movie sites. The other is Movie Mile, which is a guided walking tour. It includes a glimpse of filming locations for Spenser For Hire and Cheers, as well as The Parent Trap.

Seattle, Washington is another film location to visit. TV shows and movies that have been filmed there include Twin Peaks and Sleepless in Seattle. The city’s Space Needle has also been featured in movies such as Austin Powers: The Spy Who Shagged Me.

These are just a few of the film locations movie buffs are urged to visit. For many, seeing areas where their favorite movie or TV show was filmed is a moment in their life that they won’t forget.